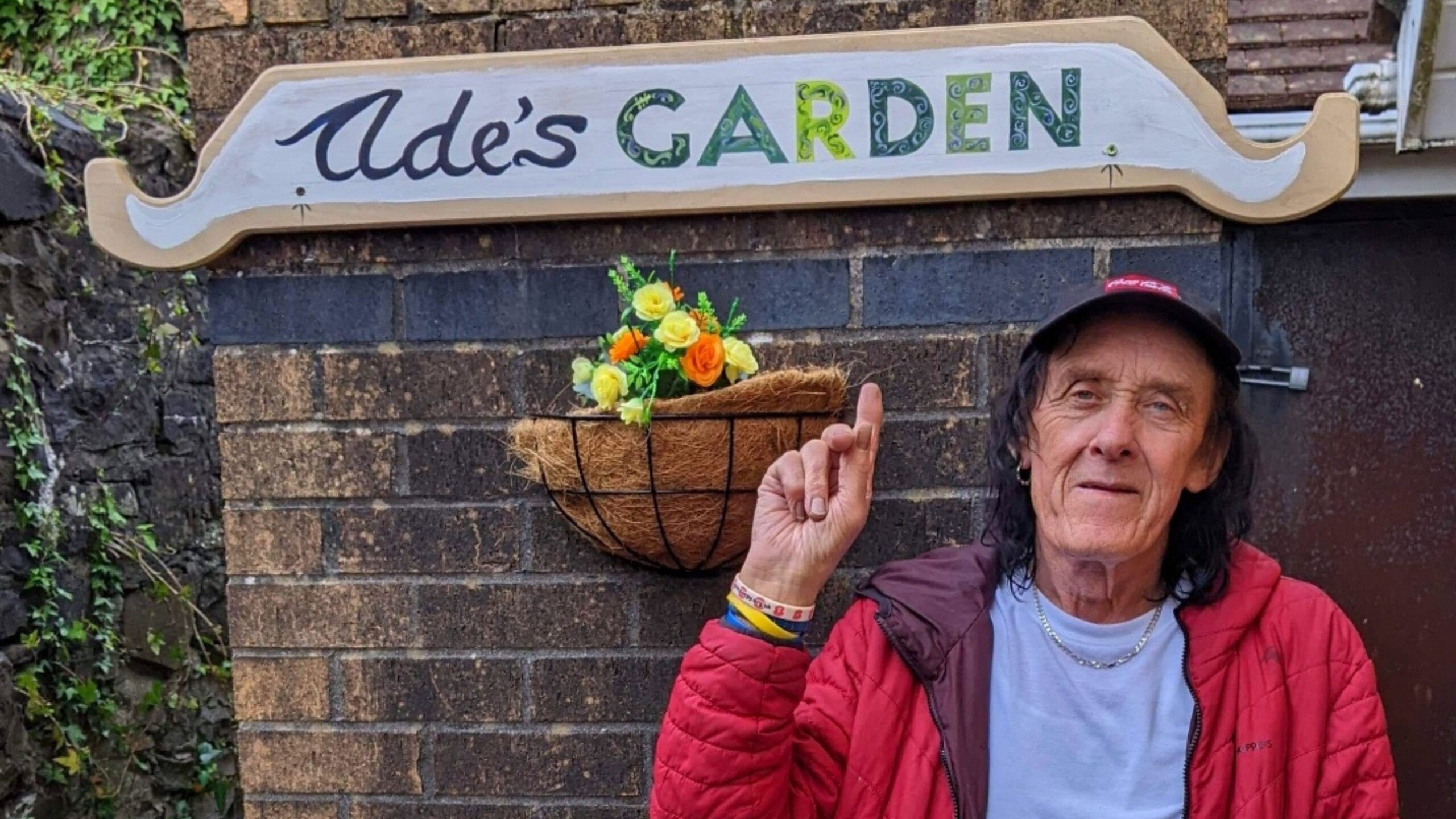 The Parish Trust is committed to helping people to find faith, hope, and love in their lives through the various projects that the charity runs. We thought it would be a great idea to start sharing some stories of people who have been impacted by the work of The Parish Trust. Here’s Adrian with his story of how The Parish Trust Community Garden has helped him move forward in life. The Community Garden project was made possible by generous support from Keep Wales Tidy.

My name is Adrian Clarke and I would like to tell you about my experiences working at the Parish Trust in Trethomas and how it has helped me.

I came here, thanks to the help of an occupational therapist, who helped me try and move forward after losing my son to a car crash in January 2019.

I also suffer with Attention Deficit Hyperactivity Disorder (ADHD), which has been very difficult to deal with. I have always had this and it makes concentrating and focussing on things extremely difficult to do. I often find that my mind wanders to many things but eventually always finds its way back to the death of my son – I still can’t believe that it’s real. I have recurring dreams about my son being alive but then have to remind myself when I awake that he is dead. My physical health hasn’t been too great either and in December I had to have a 5 hour long operation but I am feeling much better now!

One can not prepare for the death of their own child but I always say to myself that if my son had been ill for a long time then perhaps that would have been easier to cope with. However, my son, Jason, spoke to me only a few hours before he was tragically killed by a drunk driver in another vehicle – a loss that I never thought I would have to go through in my life.

After Jason’s death, I found it very hard to be with people and I lost interest in that. The Occupational Therapist helped me by offering places where I could volunteer and I tried with various places. Things such as: working in a coffee shop – where I helped serve customers, wash dishes and also, any ‘odd jobs’ that they wanted me to do. The people were all so very nice wherever I went but it didn’t feel like home.

I must mention the footballer, Marcus Rashford, who plays for Manchester United and how he got involved with food banks – it very much inspired me to begin with. I thought, “if I could have the opportunity to do a similar kind of work then I would love to do that”. When the opportunity was offered to me by my Occupational Therapist, I took it and I am so glad that I did!

I was put in contact with the people at the Parish Trust to volunteer at their food bank – where I have stayed for almost 2 years. Although it began with packing food parcels (which I still do every week), I have helped assist with the deliveries of food parcels and I also work at the community garden – where I have spent many hours.

The people here have helped me turn my life around and I now feel purposeful. The garden project, I have been doing for some time has given me something to focus on which has helped a lot with my ADHD. The staff here have been great with me and I have been given a ‘free hand’ to design and create something special in the garden.  The support I have received has been amazing and makes me feel emotional. I now feel part of something – a feeling that has been missing for a big part of my life but now, they feel almost like a family to me.

I hope to urge anyone who is out there that is struggling for whatever reason, to step forward and volunteer. I am so glad that I did and I will forever be grateful to the Parish Trust – they even called the garden ‘Ade’s Garden’ after me and put a sign on the wall – a small gesture but it meant the world to me!

We use cookies on our website to give you the best and most relevant experience we can by remembering your preferences and repeat visits. By clicking “Accept”, you understand and consent to this.
Cookie settingsACCEPT

This website uses cookies to improve your experience while you navigate through the website. Out of these, the cookies that are categorized as necessary are stored on your browser as they are essential for the working of basic functionalities of the website. We also use third-party cookies that help us analyze and understand how you use this website. These cookies will be stored in your browser only with your consent. You also have the option to opt-out of these cookies. But opting out of some of these cookies may affect your browsing experience.
Necessary Always Enabled
Necessary cookies are absolutely essential for the website to function properly. These cookies ensure basic functionalities and security features of the website, anonymously.
Functional
Functional cookies help to perform certain functionalities like sharing the content of the website on social media platforms, collect feedbacks, and other third-party features.
Performance
Performance cookies are used to understand and analyze the key performance indexes of the website which helps in delivering a better user experience for the visitors.
Analytics
Analytical cookies are used to understand how visitors interact with the website. These cookies help provide information on metrics the number of visitors, bounce rate, traffic source, etc.
Advertisement
Advertisement cookies are used to provide visitors with relevant ads and marketing campaigns. These cookies track visitors across websites and collect information to provide customized ads.
Others
Other uncategorized cookies are those that are being analyzed and have not been classified into a category as yet.
SAVE & ACCEPT
Powered by